“I call them Pavement Anxiety Dreams.”

Scott Kannberg, better known as Spiral Stairs to fans of this totemic 1990s band he co-founded, explains what’s been happening to him in the middle of the night lately. As he gears up for a slate of reunion shows later this year, the 55-year-old guitarist isn’t afraid to take the stage with his former bandmates — at least during the day. “I wake up sweating,” he says. “Everybody’s playing a song, and I look down, and I don’t have any cords plugged in.”

Kannberg laughs, though longtime Pavement followers might be tempted to read a little more into the dream. The band hasn’t released new music since 1999, when it capped its catalog with “Terror Twilight,” a gorgeous but slightly jarring album that eloped from the charmed slacker ethos and devious commercial aspirations of Pavement, all with something slightly darker underneath.

The album – reissued this week by Matador Records as ‘Terror Twilight: Farewell Horizontal’, a 45-song package that includes demos, outtakes, rearranged footage and a 30-page book of liner notes and interviews – was recorded as the group was breaking out. Its members had dispersed across the country, and creative control had been largely consolidated by its leader, Stephen Malkmus. Tensions mounted during the tour that followed, and in the summer of 2000 Pavement formally but unceremoniously disbanded. While Malkmus is notoriously circumspect about the meaning of his lyrics, the opening lines of “Ann Don’t Cry” – “The damage is done / I’m not having fun anymore” – aren’t exactly cryptic.

Outwardly things were going well when the Twilight sessions started. By 1998, Pavement had become one of the most critically acclaimed bands of their day, albeit slightly prismatic: the most interesting analyzes of their work wrestle with the question of whether apparent disinterest in, well, it was all a sincere worldview or pose that should be read as such. They had released their sprawling, idiosyncratic opus (“Wowee Zowee” from 1995) and followed it up two years later with “Brighten the Corners,” which was tight and polished by comparison, but not so tight or polished that it alienated the counterculture.

But they weren’t exactly huddled in a bunker somewhere planning their next move. Kannberg married and moved to Berkeley, California. Drummer Steve West lived in New York and bassist Mark Ibold in Virginia; Bob Nastanovich, the band’s multi-instrumentalist and horse-racing fanatic, bought what he describes as “an 800-foot gun shack” across from Churchill Downs in Louisville. In fact, not all of the members were even sure about trying to follow “Corners.” “You made an album, you toured, you dissolved,” West says of the band’s normal rhythm, “and you were pleasantly surprised if you got a call” to start a series of sessions for the next one. .

That call finally came. In July 1998, Malkmus summoned his bandmates to Portland, Oregon, where he now lived. Despite the professional uncertainty that West and other members describe, each Pavement record grew out, at least creatively, from the tour that preceded it. Every recording, that is until “Terror Twilight”. It was the first time the band had none of what Nastanovich calls “larval state” songs, skeletons that were shuffled around during rehearsals and sound checks until they were gone. ready for flesh and blood and mastering. Instead, Kannberg, West, Ibold and Nastanovich tried to catch up as quickly as possible on songs Malkmus had presented alone, some of which he debuted at acoustic shows in Portland earlier this year. -the.

The move to Portland was necessary for the members to sync. “It was probably the closest time Pavement ever had to what most bands have,” Nastanovich says, “in that all of its members resided in one place and practiced on a regular schedule.” But the sessions themselves were a disappointment. “The songs weren’t that simple,” West recalled. “They had a lot of different beats, different styles.” After a few weeks, the members together determined that things weren’t sounding good and dispersed for a few months to regroup.

“I had a lot of musical ideas,” Malkmus says of this period, but not as much lyrical inspiration as he’d had for Pavement’s previous records. “It wasn’t effortless like previous albums.” So he decided to try something the band had never considered: hiring a professional producer to guide the sessions. Malkmus contacted British producer Nigel Godrich on the recommendation of Domino Records founder Laurence Bell and 90s hero Beck, who enlisted him for “Mutations” in 1998. Godrich was best known at the time for his work on Radiohead’s “OK Computer”, which saw the band emerge from British rock band to become one of the most revered bands in the world. Godrich was already a fan of Pavement – particularly the daring “Wowee Zowee” – and agreed to sidestep his usual starting salary in exchange for a mere percentage of the album’s profit, and even sleep on his friends’ floors. Americans to keep the budget under control. .

This new series of Godrich-led sessions began in October 1998 at Echo Canyon, the studio that was normally used as a rehearsal space by Sonic Youth. This turned out to be another false start – after only a few days of recording, Godrich determined that the stripped-down space would not be conducive to the type of takes he wanted to capture – but after a move to a more conventional one ( and slightly more expensive) studio, work on “Terror Twilight” began in earnest again. “We definitely needed someone to light a fire under us to get things done,” West says. Godrich “wasn’t just doing that, but he was going to make a different record of it, so we didn’t rehearse.”

Godrich and Malkmus developed quick chemistry. “He’s very project-oriented,” Malkmus says of the producer, “and by that I mean the music comes out and he tries to reify it or make it the thing [he wants] with his tricks and ability. If it’s not there, it’s old school. He’s like, ‘Do it again.’ Godrich pushed Malkmus to hit notes more vigorously that the singer would once have allowed to falter at their end, or that he could have cut songs entirely after a few mediocre passages. This helped turn those Portland demos into realized songs of more intriguing way; it also took some pressure off the artist. “I was ready for a bit… I wouldn’t say a break,” Malkmus recalls, “but just [to] do my thing and not have to worry about anything or make sound decisions. Sometimes everything flows from you, and sometimes it’s like “I’m tired”. ”

As comfortable as this new setup may have been for Malkmus, it cut the other members of Pavement out of the process, to varying degrees and at various times. “There was a bit of friction” in the band, Nastanovich says, though he found the producer’s point of view understandable. “Nigel had really made Malkmus the focal point – which I think was a good way to approach Pavement at the time. I could very well have done the same if I were him. (In Rob Jovanovic’s 2004 book about the band, Nastanovich recounted a moment early in the sessions when it seemed like Godrich didn’t know his name; today he’s magnanimous, saying that trying to up the songs in a separate studio room was his preferred method of working.) West, who had some of his drum tracks re-recorded when the rest of the band left to mix the album in London, is now equally zen about his role in the process.

The most notable absence from “Terror Twilight” is Kannberg’s writing. Having contributed several songs to each of Pavement’s previous albums, none of his compositions appear here. Kannberg attributes this primarily to logistics, although there is a lingering hint of frustration. “The way we used to record, I kind of left my songs until the end and then we worked on them,” he says. But “at the time Nigel got involved, we just wanted to make the record. We all knew that was the end then. Maybe we just wanted to get this over with.

Kannberg won an important battle – the album’s track listing. Godrich wanted to open “Terror Twilight” with “Platform Blues,” a somewhat rhythmic song that unfolds in several, mostly unexpected directions, and follow it with the foreboding “The Hexx.” Kannberg preferred the lighter, brighter sequel to “Spit on a Stranger” and “Folk Jam.” The reissue restores Godrich’s sequence – which Kannberg, ironically, has come to prefer. (He also adds “Shagbag,” a 70-second instrumental interlude that was deleted from the original pressing.) Malkmus, who was the arbiter in that dispute, is initially brushed off when asked how he got to his decision. “It was a bit boomer, for me, to be too worried about ‘tracklisting,'” he laughs. “People are going to like five of the songs a lot, the others not so much. There’s a couple of classic Pink Floyd, Radiohead variety albums that are a total journey; I didn’t know if we got there anyway. Ultimately , however, he says he had to side with his longtime collaborator.

As ambivalent as Malkmus is on the matter, the redesign significantly changes the album. Where the 1999 version of “Twilight” captures an eerily serious longing for something bright and beautiful that is plagued with gnawing unease, Godrich’s version hears the former emerge from the latter. Either way, the listener learns to be wary of the mood created by each song, as it is likely to be pierced by the next or undermined by a lyric that seems to contradict its melody. Even Malkmus, who has in the past been somewhat dismissive of the album, admits that “there’s this sonic imprint or something in there that’s addictive”.

Whatever bad blood ran through the “Twilight Terror” the sessions seem to have evaporated. All the members of Pavement are looking forward to the reunion tour, twice delayed by the pandemic, which will begin in June in Spain. And that downtime has allowed for a strange kind of symmetry: each of the band’s five studio albums has now received a full-size reissue. Yet its founders are rightly indifferent to the myth-making process necessary to maintain the legacy of many acts. “We were kind of a weird bunch,” Kannberg says. “We just got together when we got together and we all kind of got along. Every sidewalk was always going to be the last – I remember after [the group’s 1992 debut album] ‘Slanted and Enchanted’, saying, ‘Okay, that was fun. I might see you again.’ If the group’s growing pains and eventual breakup were inevitable, perhaps so is this cycle of newfound interest and renewed camaraderie. After all, Malkmus says, “we’re all slightly predictable.”

Next Kate Hamill, Jason O'Connell and More Stars of THE PIECE WHICH GOES WRONG at Syracuse Stadium 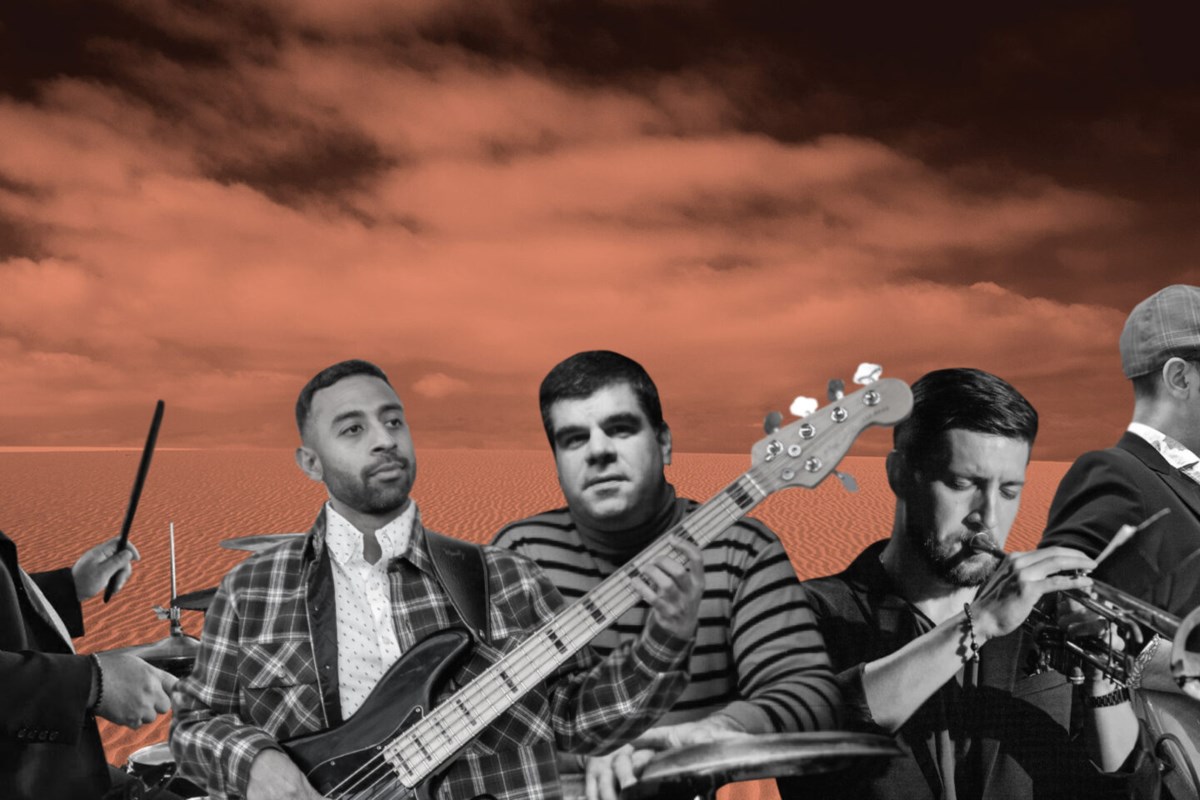 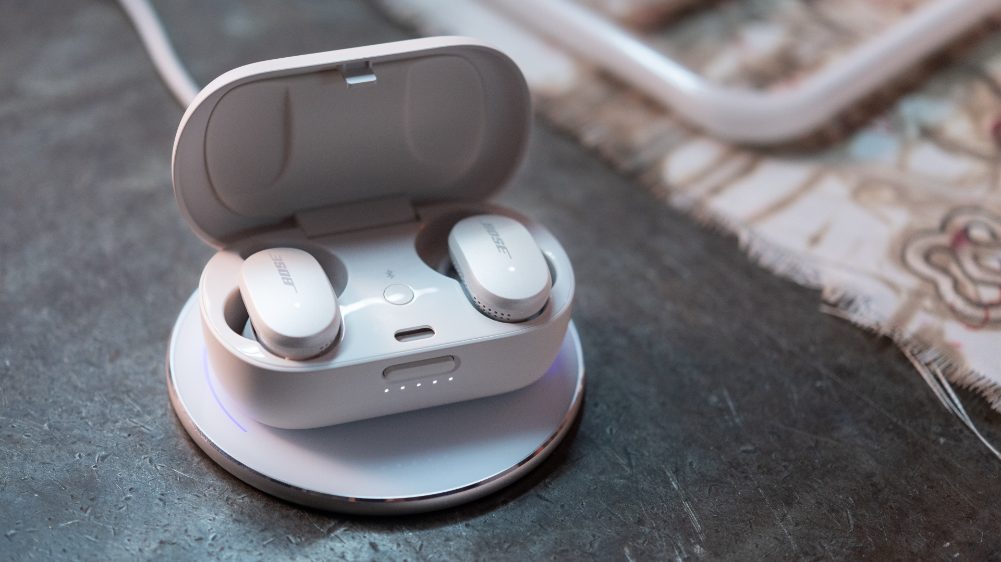