It was common to see Bob Nickel accompanying a school musical group on the piano, or with the group in a parade (above, far left).

Supporters raise money to restore the auditorium in memory of Bob Nickel, who died on February 2

Bob Nickel, a longtime business teacher, principal and musician, retired last summer before seeing many of the repair projects he requested for the auditorium at Sturgeon Bay High School.

Just months after retiring, Nickel was diagnosed with a terminal illness, and less than a month after that, on February 2, he succumbed to pancreatic cancer. He was 61 years old.

However, in those last weeks of his life, Nickel learned to hope that auditorium updates could happen, and he also discovered how much he meant to students, colleagues, churches, and the fine arts community of Door and Kewaunee counties.

In January, a fundraiser began in Nickel’s honor to replace seating and flooring and to facilitate additional upgrades to the auditorium. During this process, friends, students, fellow musicians, and educators in northeastern Wisconsin expressed their gratitude to Mr. Nickel.

His wife, Mary, informed friends and supporters online via Caring Bridge that her husband had died late in the afternoon of February 2, and she asked people to direct donations to Unity Hospice and the Sturgeon Bay High School Auditorium Project.

“Thank you for your prayers of strength and comfort. Bob told me he never imagined he had made such a difference in so many lives,” Mary said.

Dan Tjernagel, superintendent of schools in Sturgeon Bay, said repairs to the auditorium did not fit into a $16.84 million taxpayer-funded referendum passed for additions and improvements to district schools in 2020 and 2021. Following Nickel’s cancer diagnosis last month, staffers and friends discussed the best way to show their appreciation to Nickel and his family, Tjernagel said, and they decided to fundraise. for upgrades and naming the auditorium for Nickel.

Sturgeon Bay High School band principal Heidi Hintz said naming the auditorium for Nickel made perfect sense, and not just because he would give up whatever he was doing to give up his time to play piano for musicals or group numbers.

Nickel performed in the pit for musicals, accompanied students and band and choir ensembles, and found the necessary department funding for equipment, whether through grant writing or the budgeting process.

“When there was a band piece that we needed a piano player for,” Hintz said, “I would just walk into his office and say, ‘Hey, Bob, how are you? Do you want to play with us again?’ And he answered without hesitation: “Of course. When do we do it?’ »

Hintz described Nickel – also a talented oboe player – as the type of shrewd, meticulous musician who put everything he had into his game and made it easy. She recalled that he also played the saxophone extremely well when they were both in the Algoma Community Band.

“He modeled lifelong musicality, which for me has always been the goal of our music program: to have our children become lifelong musicians and advocates for the arts,” Hintz said.

Jen Hanson agrees with this sentiment. The longtime junior high business teacher and current instructional technology co-ordinator at Sturgeon Bay said Nickel helped her develop and elevate her classroom skills as well as her abilities and courage as a musician.

When Nickel was teaching high school and middle school business technology in Sevastopol, he welcomed Hanson 17 years ago to his first teaching effort. She observed how he worked with children, managed a classroom, and organized materials and lesson plans. She said he developed a great relationship with the students, conversing with them one-on-one about real-life situations and using humor without completely derailing lesson plans.

When Nickel learned that Hanson had done choir singing in college and played piano in high school, he encouraged her to join him as a duo at school and at the Moravian Church in Sturgeon Bay, whose two had been members. He challenged her to tackle difficult pieces of music and recruited her to try out a new instrument by joining a bell choir. Hanson saw how he set the example that elevated the performance of his fellow musicians in community groups in Kewaunee County. Nickel and Hanson became such close friends that Bob and Mary Nickel became godparents to his son.

Nickel played the organ at his Green Bay church after his retirement, joined a community group and choir, and occasionally took voice lessons.

“He wanted to get the job done and make this place the best place for our kids and our community,” Tjernagel said. “It wasn’t about him. It was about serving others. »

Tjernagel said supporters of the auditorium project are confident they can raise $130,000 to replace the original seats and update the auditorium’s original floor, but much like Nickel, they would like to see additional updates.

Tjernagel said that even as he was preparing for his retirement, “no meeting went by without a request from Bob being made to improve the seating in the auditorium.”

If donations exceed the $130,000 needed, they could fund projects such as replacing stage lighting with LED lights, updating the sound booth, painting the auditorium and dressing rooms, and improving acoustics and storage. The creation of a performing arts scholarship fund is also under consideration.

Donations to the SBHS Auditorium Project can be dropped off or mailed to Sturgeon Bay High School, 1230 Michigan St., Sturgeon Bay, WI 54235 or delivered to any Door County Nicolet Bank location. Online donations can be made at sbsd-101713.square.site or at sturbay.k12.wi.us/district/donationinformation.cfm. A school district activity account was also created in Nickel’s honor.

Next The taps are WIDE OPEN! • MUSIC FESTIVAL NEWS 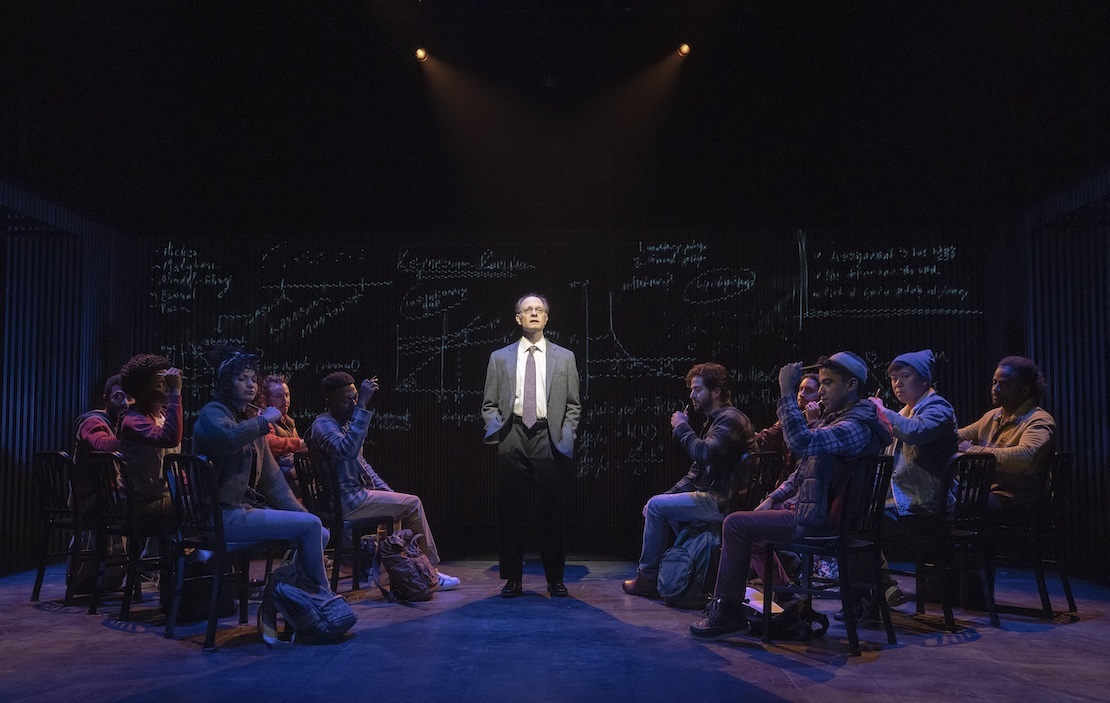