Leslie Parnas, a renowned cellist and teacher whose second place at the International Tchaikovsky Competition in Moscow at the height of the Cold War propelled him to a legendary career, died February 1 at a rehabilitation center in Venice, Florida. was 90 years old.

The cause was heart failure, said his eldest son, Marcel.

Mr. Parnas, from a family of musicians in St. Louis, was 30 when he won the silver medal at the second Tchaikovsky competition in 1962, the first time it included a cello category. His success in Moscow, where he performed for Nikita S. Khrushchev, the Soviet leader, brought him worldwide fame and gave him a platform as a musical emissary.

He was the only American cellist to win a prestigious prize that year – the other winners were Russians – and his success came just four years after pianist Van Cliburn won the gold medal at the first Tchaikovsky competition, considered an American triumph.

Mr. Parnas, known for his lyrical playing, returned regularly to the Soviet Union in the 1960s and 1970s for concerts in front of large crowds. He studied Russian, offered advice to aspiring performers there, and lobbied Soviet officials to send musicians to study in the United States. He was then a member of the jury of the Tchaikovsky competition.

“When I play music”, he Recount The New York Times in 1978 during a visit to Leningrad, “it is not only an example of emotional freedom, but it is also a message for peace and for the right of every individual to express themselves”.

Leslie Parnas was born on November 11, 1931, the son of Eli Parnas, who worked in a paper box factory and played the clarinet, and Etta (Engel) Parnas, a piano teacher.

He began studying the cello at a young age and made his debut at age 14 with the Orchester symphonique de Saint-Louis, playing Édouard Lalo’s cello concerto in a children’s concert. Two years later, he enrolled at the Curtis Institute of Music in Philadelphia, where he studied with the famous cellist Gregor Piatigorsky. He graduated in 1951.

After a stint in the U.S. Navy Band, he returned to Missouri to serve as principal cellist of the St. Louis Symphony Orchestra, a position he held from 1954 to 1962. From the outset, his talents were revealed. When a soloist was late for a performance of Brahms’ Double Violin and Cello Concerto, Mr. Parnas stepped in at the last minute, dazzling the audience.

He also caught the eye of the eminent cellist and conductor Pablo Casals, who presented him with a prize at an international cello competition in Paris in 1957.

It was the start of a long friendship. Mr. Parnas and Mr. Casals have collaborated in a variety of venues, including the Marlboro School and Music Festival in Vermont and the Mr. Casals Festival in Puerto Rico.

Mr. Casals, one of the most revered musicians of the 20th century, could be an intimidating figure. But he had a connection with Mr. Parnas. During a class in 1961, Mr. Casals berated Mr. Parnas for playing with too much vibrato. Wasting no time, Mr. Parnas offered to sell him some.

“None of us would ever have dared to say such a thing,” said Jaime Laredo, a violinist and bandleader who often performed with Mr Parnas. “Leslie could get away with things like that. They had mutual respect.

When Mr. Casals died in 1973, Mr. Parnas was a pallbearer at his funeral.

Mr. Parnas has honed a booming sound in repertoire ranging from Brahms to Shostakovich. He received praise for a 1964 recording of Beethoven’s Triple Concerto, featuring Mr. Laredo and pianist Rudolf Serkin.

He could be stubborn, change tempos on a whim and ask his colleagues to play quietly during his solos.

“He was a very instinctive player,” Mr Laredo said. “He wasn’t so particular about following the score to the nth degree. He just played naturally.

He made his debut with the New York Philharmonic in 1965, playing Schumann’s Cello Concerto. In his reviewTimes music critic Howard Klein called him “a fiery, romantic cellist”.

“Mr. Parnas didn’t so much play as he sang the work,” wrote Mr. Klein.

Mr. Parnas has become a fixture on the chamber music scene, especially in Marlboro, where he performed for many years. He joined the Chamber Music Society of Lincoln Center in 1969 as a founding member, helping to cement its reputation as a magnet for top performers. From 1975 to 1984 he was artistic director of Kneisel Hall, a chamber music festival and school in Blue Hill, Maine.

Ida Kavafian, a violinist and violist who played alongside Mr Parnas in the early days of the Chamber Music Society, said his expressiveness was striking.

“It was the kind of sound that enveloped you, enveloped you and you felt it was all around you,” she said. “It was an experience.”

As his performing career waned, Mr. Parnas focused on teaching, notably at Boston University, where he was an adjunct associate professor of music from 1963 to 2013.

Agnes Kim, a cellist who studied with him from 2004 to 2008, said he often spoke about the importance of not letting technique interfere with musical expression.

“He was a legendary teacher, but for me he was never a remote, mystical person,” she said. “He was so friendly, so humble. He always had his playful smile every time I went to class.

Besides his son Marcel, Mr. Parnas is survived by another son, Jean-Pierre, and four grandchildren, including two professional musicians. He married Ingeburg Rathmann in 1961; she died of breast cancer in 2009.

Marcel Parnas said his father continued to play his 1698 Matteo Goffriller cello almost daily until late in life, and that he was particularly fond of Bach’s cello suites.

“For him, music was everything,” he said. “That was how he lived: playing the cello.”

Previous What is the Pay as You Earn Plan for Federal Student Loans? 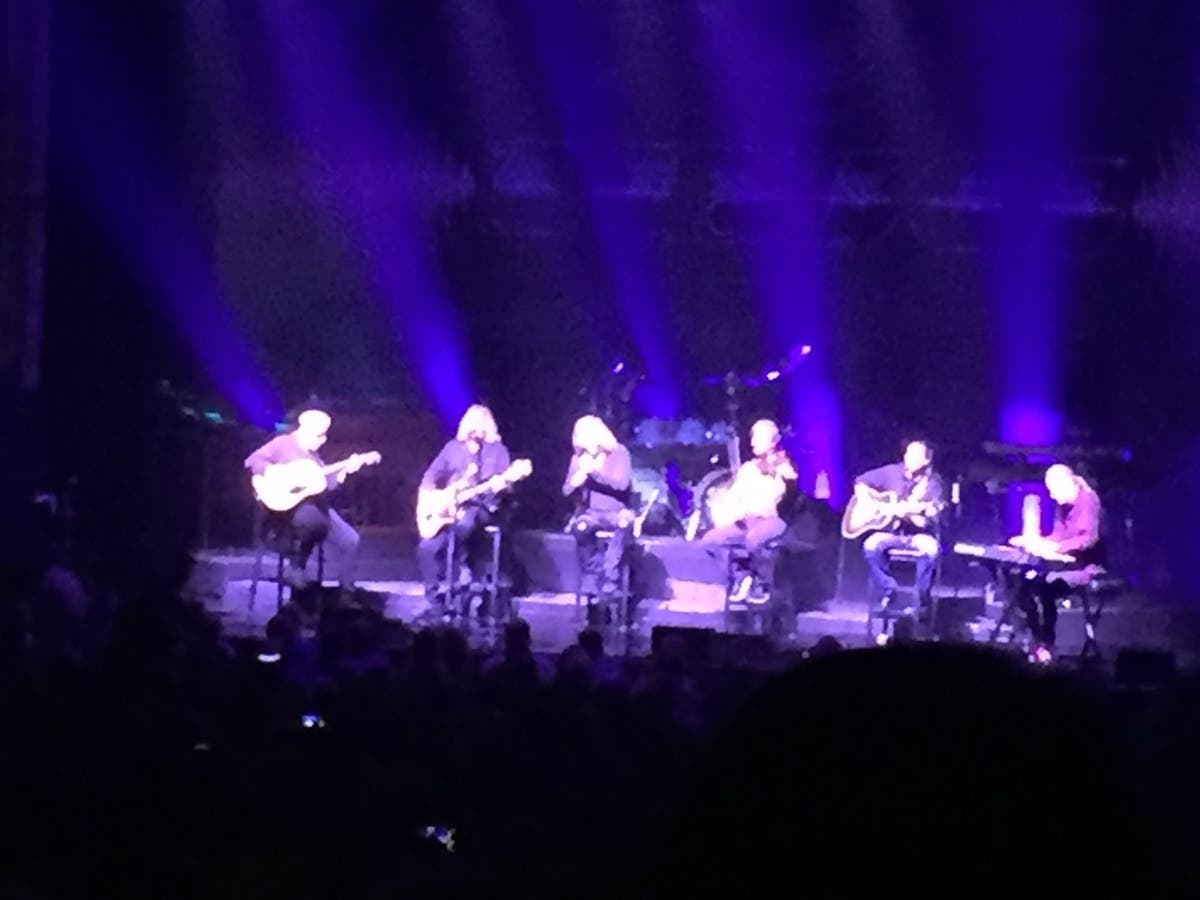 KANSAS continues with the classics at Parx: music review The Black Keys Hit The Kia Forum With Band Of Horses, The Velveteers