After a special summer of firsts, Bloom’s band becomes a “family” – Chicago Tribune

It’s been a dozen years since rock music took over Laguna Woods Village. Bands have sprung up in the retirement community as residents pick up their guitars and play, like yesterday (with a nod to The Who).

In part 1 of our report on the evolution of rock in Laguna Woods, we met the bands Village Midiots, The Woods Combo, The Dutch of Fiz and Rock of Ages.

Part 2 features The RetroFits Band, Band X and The Nomads.

First, Jeff Grider from The RetroFits. Jeff has two important roles in the band.

“As a drummer I have to keep the beat, and as a lead vocalist I have to provide the vocals that most of our audiences know. I can’t mess up either,” he said.

The RetroFits evolved from the Fluukes, Jeff said, and performed drive-in concerts in the parking lot of Clubhouse 5 in the fall of 2020, during the pandemic. Some members came and went, but the core of Jeff, Carmen Pacella and Craig Spradley stayed together.

The RetroFits have played at several venues including Cooks Corner, Sammy’s and Fedoras, but they love playing in the Village, especially at 19 Restaurant.

I asked Jeff if the band had a signature song.

Carmen, a Pittsburgh native, started playing guitar — and building — when she was 14. He made 12 guitars, four of them in the carpentry shop at Clubhouse 4. The next time you watch him play, he’ll be playing one of his handmade basses.

I tell him that to build guitars he must have two special skills: great hands and great patience.

“Playing bass gives me a better understanding of how to make them,” he explained.

“You are nothing but a hunting dog.” Those words of Elvis still resonate with Craig after hearing them from the back seat of his parents’ car when he was 5 years old. After that, “my life opened up,” he said.

“I took piano lessons, which I hated, but when I first heard the Beatles, I took the guitar and that was it. I was addicted to music. Of course , now I play the keyboard.

RetroFits guitarist Bill Moffatt had many musical parents and began his journey when he was in fifth grade. He was also interested in sports but chose to follow music.

I asked Bill if he was dreaming of a big music deal.

After the Village endured two years of lockdown during the pandemic, the music had to erupt, and that’s when the evolution of rock here really took off.

As the musicians met in Passive Park at Clubhouse 2, new bands took shape.

Band X had played before, but not with their current lineup. We met two members of Band X in Part I of this story: Bill Hemberger, who is also the drummer for The Woods Combo, and Lyle Sanders, who is also the lead guitarist for Rock of Ages, The Dutch of Fiz and The Nomads.

Bassist Skip came to music at a very young age.

“I remember driving around in my parents’ car and hearing Johnny Cash on the radio and thinking, I want to do music someday. I started taking piano lessons when I was about 10 or 11. When I was 14, my uncle handed me a bass guitar and said, “Put your fingers here. I strummed and I really liked what I did.” heard.

Skip came from a musical family.

“In addition to my uncle, my father, my brother and my sister are all musicians. One aspect of music that we enjoy together is writing original lyrics and original tunes.

Keyboardist Jim’s musical roots run very deep. The son of a Baptist pastor, Jim started playing music at the age of 5 with his mother. He performed in his father’s church from the fourth grade. Interestingly, Jim lived in a commune when he was young.

At 25, he thought he was done playing music. But he met like-minded people and played some great gigs.

“Jim, tell me about some of your best gigs,” I said.

“In 1969, the year of the first Woodstock, we opened for Steppenwolf. What I remember most is arriving in Bethany, Missouri, in a limo with a police escort. It was a first for me. Another memorable concert was performed at the World’s Fair in Spokane, Washington, in 1974.”

Jim’s main source of income in life was as a high school English teacher.

Sheri Showalter, lead singer of Group X, has had two careers: one in education and one in music.

“I worked in the law office at UC Berkeley Law School, a very challenging but rewarding profession,” she said. “I started as a human resources professional and ended up managing HR operations. I retired in 2018 after working with some very heady people.

“The highlight of my musical occupation was playing with a Pink Floyd tribute band, House of Floyd. We were pretty good and toured all over Europe.

I asked Sheri how Band X was lucky enough to acquire her and her incredible voice.

“I met Jon Pearlstone and Bill Hemberger at Passive Park and we hit it off. There were a lot of different combinations of musicians performing in the park, and here I am with Band X.”

Finally, let’s discover The Nomads. A nomad is a wanderer. Here in the Village, Jon Pearlstone, Lyle Sanders, Dutch Fisser, Pamela Sankey and Theo Connell all wandered together to form The Nomads. In June, the band played at Laguna Woodstock.

We met Dutch and Lyle in Part I, so now we’re going to learn more about Pamela, Theo, and Jon.

Pamela, singer and percussionist, embodies the concept of rock band evolution in Laguna Woods and is truly a product of Passive Park.

“After two tedious years of the pandemic, like blooming flowers, we appeared in Passive Park anxious for each other’s company,” she said. “What better way to reconnect than through music. Eventually the artists reunited with like-minded souls and I found myself proud to be connected with The Nomads.

I was curious if she was able to pay the bills with her musical talents.

“I worked for 30 years in public relations for a large technology company. In fact, I’m still working. I come to music to give my life the necessary balance that we all need.

Drummer Theo began his musical journey in elementary school. Unlike so many other artists, Theo was able to support himself somehow through his love and knowledge of music.

“I graduated from Boston College in psychology and got a graduate degree,” he said. “I continued to play the drums in college. I had a few interesting jobs in my life: I was a private investigator, I worked as a tax preparer and I was a sales representative for Muzak from 1990 to 2009. You know Muzak – music you might hear in a bank or in a doctor’s office, so I guess that qualifies.

And how did he make a living as a musician?

“I’ve played percussion for musical theater – ‘West Side Story’, ‘Chicago’, Tony Award winner ‘Avenue Q.’ among others. I feel comfortable with a variety of genres, jazz, rock , show tunes. So here I am in Laguna Woods, happy to play in a great band with great musicians.

I wanted to give the last word to Dutch, Lyle and Jon, so I asked each of them what they thought about playing Laguna Woodstock 2022.

Dutch replied, “I’ve played Woodstock many times and I consider it one of the best events I’ve ever played.”

Lyle, as we know, plays in four bands, including The Nomads.

Was he happy to be back at Woodstock?

“Yes of course. I play in many places, but I always feel at home playing at Woodstock. We are always well received, and that always makes a musician happy.

I asked Jon to talk a bit about himself.

“I’ve always been into music, and when the pandemic subsided a bit, so many really good musicians found their way to Passive Park,” he said.

Did he ever hope to become a rock star?

“It was never the intention, but if it comes with it, that’s great. I’ve really taken music more seriously over the past three years and created the Village Music Club to give people the opportunity to hear good music at a good price.

Not a day has gone by since I moved to Laguna Woods in 2006 that I didn’t discover something unique about our residents. We come from a wide variety of backgrounds and interests.

Who knew Lyle Sanders was a postman, David Anderman was a rocket scientist, Dutch Fisser was a flight instructor, or Carmen Pacella made her own guitars?

It was a joy to interview these excellent musicians and I learned a lot about their lives. I hope you did too.

Next Guitarist Joe Perry on Aerosmith, a new album and live 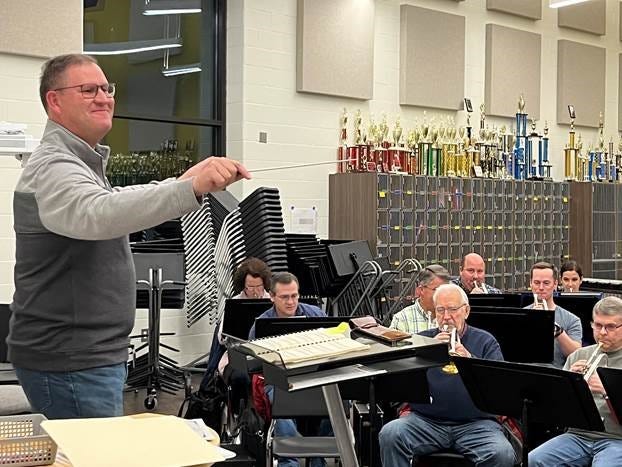 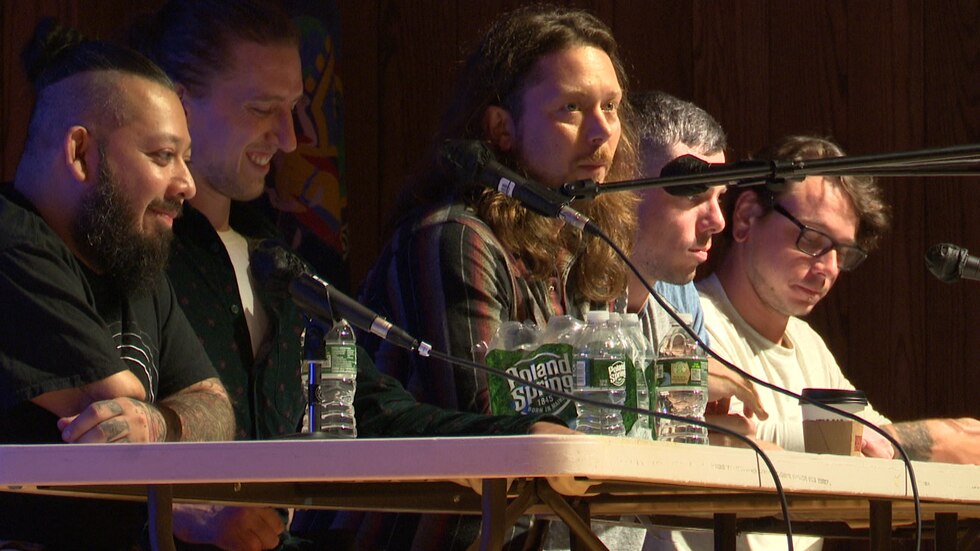 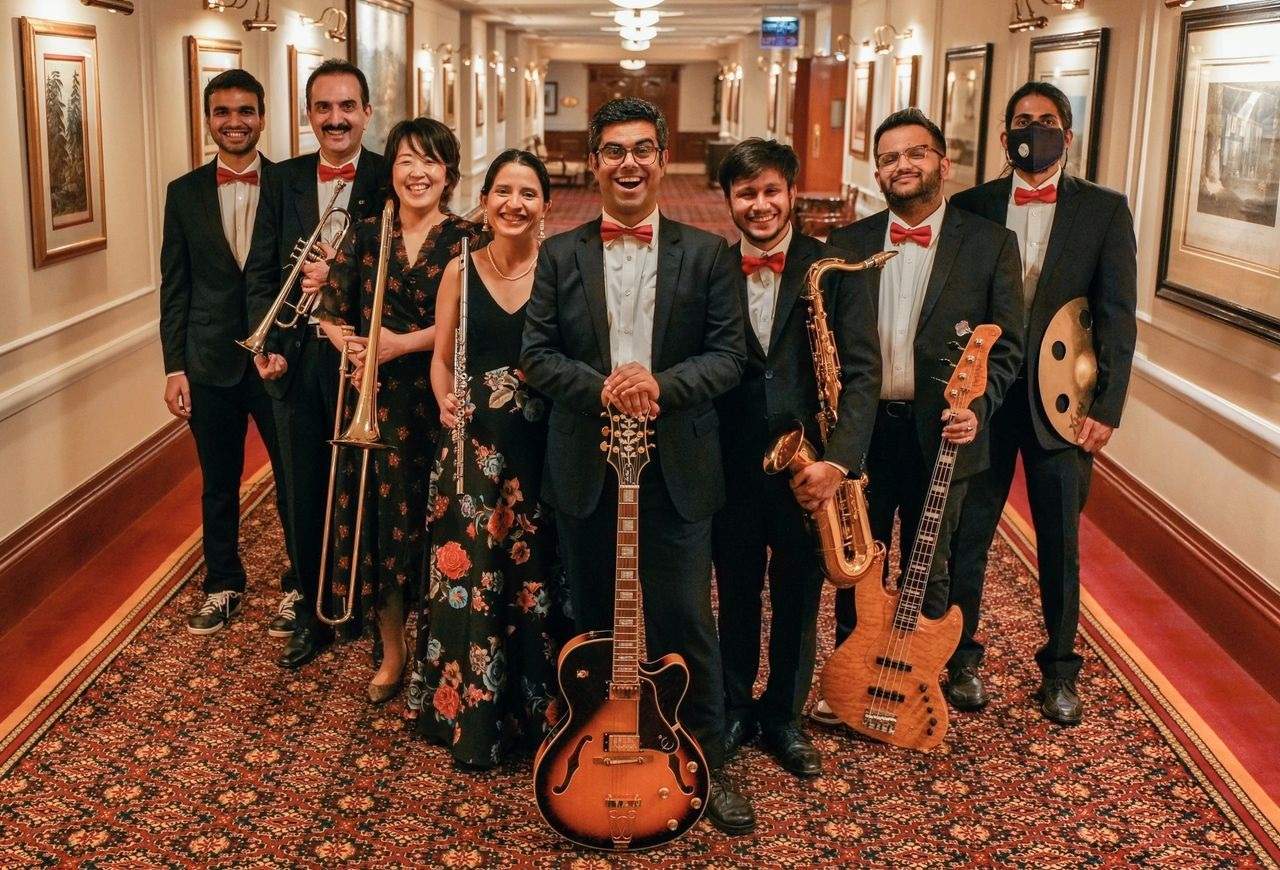 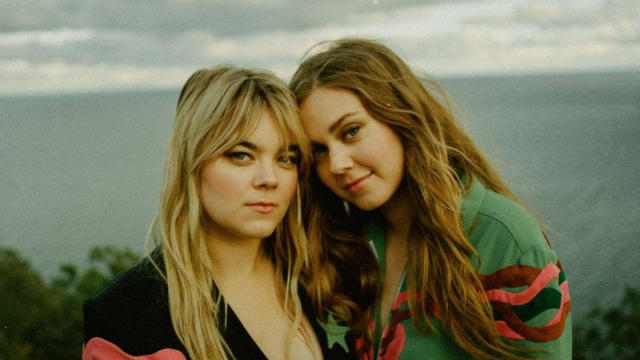